The battery used to start a vehicle engine is typically 12V or 24V, so a portable jump starter or battery booster uses three or six LiPo batteries in series (3S1P/6S1P) to start the vehicle in an emergency, instead of the other jump-start methods. The price of a lead-acid jump starter is less but they are bigger and heavier than comparable lithium batteries, and so such products have mostly switched to LiPo batteries or sometimes lithium iron phosphate batteries.

We can’t put every model on the website due to we have thousands of models and inventory changes every day, so pls contact us if you need any Lithium Polymer Batteries. 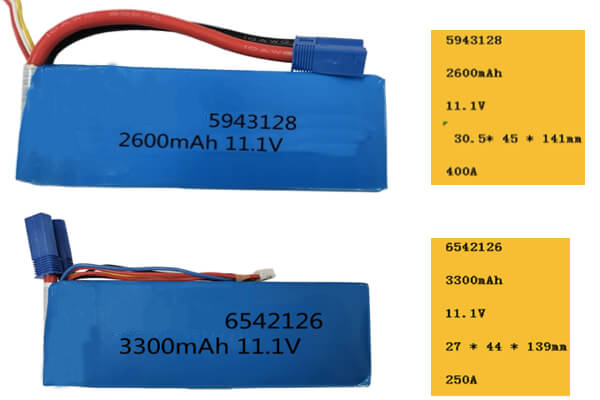 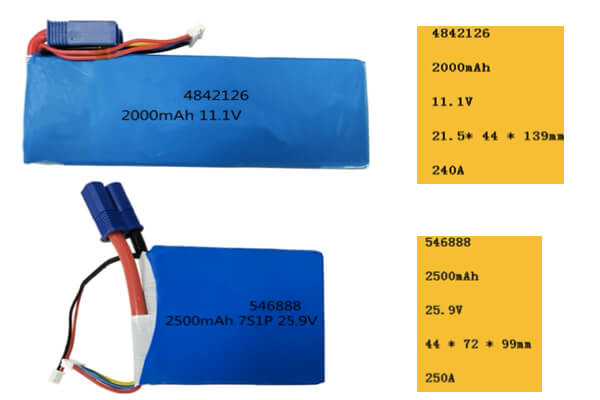 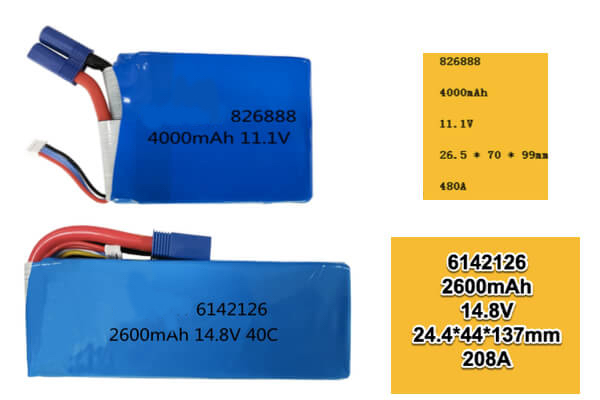